A SOLDIER'S VIEW OF THE VIETNAM WAR

The idea of a book was discussed with Bill (Bulldog) Te Awa who had secured funds through First Sovereign Trust. Initial thoughts included a calendar or a journal type product where contributions were put in no particular order.

At the first editorial meeting there was a unanimous vote to go for a commercial book.

The bulk of the work was done by Geoff Dixon, Gordon Benfell and Wira Gardiner under the watchful eye of the chairman Quin Rodda. Others on the committee were Graeme Goldring, David Keay and Pete Ramsay.

Contributions initially were very slow but by the extended deadline, many of the guys and families had put forward their stories in their own right.

Sales of the book were very encouraging and it was especially satisfying with the amount of colleges and high schools throughout NZ who bought copies for their libraries. Many purchased additional copies for their history department.

To further assist the students in their Vietnam War projects, every college and high school that purchased our book were sent a free Tribute 08 DVD.

The editorial committee wishes to acknowledge its professional advisors especially the editorial skills of Philippa Jamieson and the presentation skills of Hayley Wickham. Manu Te Awa was also a steadying influence in the background. They have helped bring this hugely challenging project to fruition. Our heartfelt thanks to them.

Finally we owe First Sovereign Trust a debt of gratitude for their generosity in sponsoring the technical work for this book and for agreeing to provide 250 copies free of charge for veterans and the families of those who were killed in action or who have died since we came home. 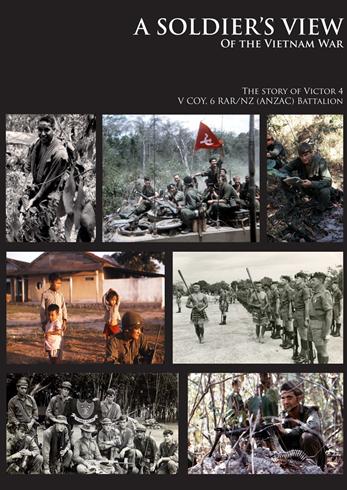