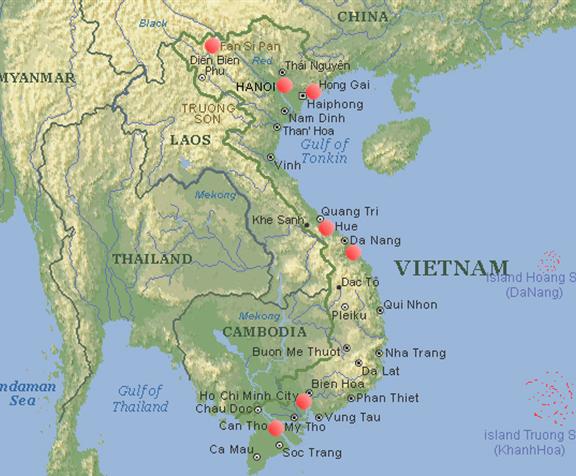 New Zealand’s first military contribution to Vietnam was a small Army Engineer Detachment of twenty four personnel,
who arrived in South Vietnam in June 1964. The Sappers worked on civil aid projects such as the erection of bridges, market places,
schools and hospital maintenance. They were withdrawn to New Zealand in June 1965.

Following a decision of the New Zealand Government to increase its assistance to South Vietnam, 161 Battery, Royal New Zealand Artillery, together with a small logistic detachment arrived during the period 9-25 July 1965. This unit comprised 110 personnel and was located at
Ben Hoa as part of the US 173rd Airborne Brigade. 161 Battery participated in all the Brigade’s major operations, where it provided close fire support to two US Infantry Battalions and the 1st Royal Australian Regiment. In May 1966 the battery was redeployed to the Phouc Tuy Province under operational control of 1 Australian Task Force.

On 8 May 1967, New Zealand deployed a rifle company from the 1st Battalion Royal New Zealand Infantry Regiment based in Malaya.
This reinforced company group was designated “Victor Company”. In December 1967 “Whiskey” Company arrived. On 1 March 1968,
a new link was forged between Australian and New Zealand Forces with the merging of “V” and “W” Companies with Australian sub-units
to form 2RAR/NZ (ANZAC) Battalion.

In common with 161 Battery personnel, the men of “V” and “W” Companies were regular soldiers, the majority having had
operational experience in the jungle of Malaya and Borneo. While 161 Battery maintained its reinforcements on a trickle system,
the rifle companies rotated as complete units. In all, six Victor companies and three Whiskey companies were rotated.

Also in May 1967, a New Zealand Medical Services Team of 14 personnel was deployed as part of a programme to increase aid to civilians.
The teams set up in Bong Son in an old dispensary, undertaking the treatment of gunshot and fragmentation wounds, with normal accident
cases providing the heaviest workload. In June 1968, the team took charge of a 100 bed hospital. It should also be noted, that New Zealand maintained a civilian medical team on similar duties at Qui Nhon.

It would be remiss not to mention the efforts of those personnel who manned HQ NZ “V” Force in Saigon from 1964 to 1972
and the many individuals who were attached to Australian and US units. Their roles included such duties as Nursing, Flying,
Fire Support Coordination and employment in Logistic units.

By December 1971 New Zealand had withdrawn all combat units from Vietnam. These were replaced by the 1st New Zealand Army Training Team Vietnam (1NZATTV) in February 1971 and 2NZATTV in February 1972. The first team’s main role was to train platoon commanders
​and junior leaders for the Regional Force. The second team trained Cambodian Troops.

In Total, 3248 personnel served in Vietnam, many completing two and three tours of duty. 37 personnel died in Vietnam and 187 were wounded.